Home » Home Audio » What is the quality of sound that the speaker box could produce? 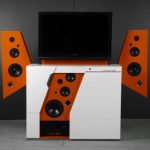 What is the quality of sound that the speaker box could produce?

A speaker box is a cabinet structure that surrounds the in-built materials of a loudspeaker. The major concept of using a speaker is for the quality of sound vibration and radiation it produces. As the hardware materials are composed inside an enclosure this makes them produce better sound quality. Though there are many new speakers around in this modern time speaker boxes still have their place. When it comes to public events party’s and gatherings speaker boxes are always a better choice. 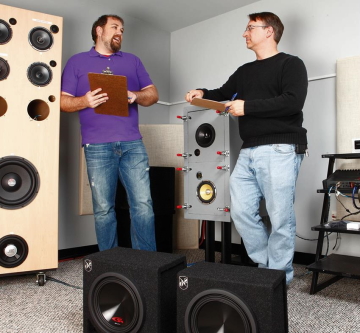 A speaker box is hardware and electronic equipment combined in a wooden cabinet to produce better sound. The cabinet of the speaker box is made of medium-density fiberboard or shortly as MDF has a capacity to withstand heavy vibrations and radiations through the air. Even Baltic birch plywood and standard plywood are used to make boxes for speakers for better sound clarity.

There are two types of cabinet structures made for speaker box

The sealed enclosure gives precise and accurate sounds but requires more power drive. The ported or bass reflex enclosure has better soundwaves and requires less power because of its bass structure.

Now a day’s people use a variety of speakers such as bookshelf speakers, soundbars, woofers, floor stand speakers and a lot among this competition does speaker box has a chance. There is a question that does speaker boxes improve sound quality in the loudspeakers.

As the drivers are fixed in a fixed position and have an airtight structure that makes them produce better sounds. The enclosure is designed with material to absorb vibrations created by the speaker.

It is easy to set up them as all the parts are combined already in a single structure. The sealed enclosure is more popular and widely known as an acoustic suspension enclosure, whereas the ported enclosure is the bass reflex enclosure.

Ported enclosure requires only half of the watt power of the sealed enclosure. In the home theater speakers, the speaker box plays an important role.

For public events, speaker boxes are the best choice as the sound quality and the wider range the sound reaches.

Even though the speaker boxes first came into existence in the midst of the 20th century and they maintain their reputation to date. It is true that the speaker box gives better sound quality and a favorite for party lovers. The craze for them never will never fade even after years until the quality of sound is being expected.

Does soundbars give superior sound qualities with subwoofers?

Is it better to add extra speakers to your car stereo system?

Valuable ideas to keep the bass in your car speakers upgraded

The difference between the benefits of earbuds and headphones

Get tips, tools and resources for growing your audio here!

You have successfully subscribed to the newsletter

There was an error while trying to send your request. Please try again.